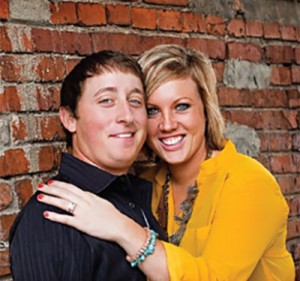 Ty Stikeleather, of Greenville, OH, was the first person chosen to participate in the acHHieve Entrepreneurial Program in 2014. “If you are passionate about raising show pigs and making this a full-time living, the acHHieve program is a once in a lifetime opportunity, says Stikeleather.”

One of Stikeleather’s goals was to have the chance to select females from key sow families to build a foundation from those that have proven themselves as generators for the HH program. That opportunity was granted as Heimer and Stikeleather worked through the available gilts and ended with 5 Crossbred females, all with the genetic ability and stories to support their value. “When we selected females, Jesse was very informative as to what the gilts were, the type and kind he felt they would make and how they would fit certain markets,” said Stikeleather.

In his first year in the program, Stikeleather feels the greatest value, so far, has been the access to Heimer for questions about genetics and how to line up matings to produce, what they feel, will be most successful. “He not only offers advice on the gilts purchased through the acHHieve program, but any sow I have,” says Stikeleather. They speak often about advertising and marketing and how to establish yourself within the industry. Stikeleather feels that the biggest challenges ahead are simply getting his name out there, attending as many sales as possible, creating relationships and getting pigs in the right feeders’ hands.

Stikeleather looks up to and respects Heimer for how far he has come and his example in this business. Stikeleather says that Heimer has built one of the top sow herds in the country and is amongst the best in terms of marketing and communications. “Jesse is a top individual and any opportunity to work with someone like that is a step in the right direction,” Stikeleather feels. “Being able to select five gilts from that program has been an honor and a great way to solidify my start in the show pig business.”