To be quite frank, I’ve always hated tags! It didn’t matter if I was tagging a showpig at a pig sale, show barrow at the county fair or even sows at the farm in the distant past…I hated tags! Some were too big, some were too small and some were even noisy and annoying but to me, ALL tags were considered a nuisance. Without question, I avoided tags like the plague…at least until January 1st, 2015.

In case you aren’t aware or haven’t heard, most major US packers and processors are requiring breeding stock for slaughter to be tagged in support of the Swine ID Plan. And just in case you didn’t think this was real or doesn’t apply to you, try hauling a load of light cull boars or cull sows to Heinold…its REAL! I suppose my instinct to resist such a mandate is natural but it was a stark reminder that regardless of where we stand within the Pork industry, ALL of our pigs end up in the food supply and this is just another step towards accountability for what we produce. 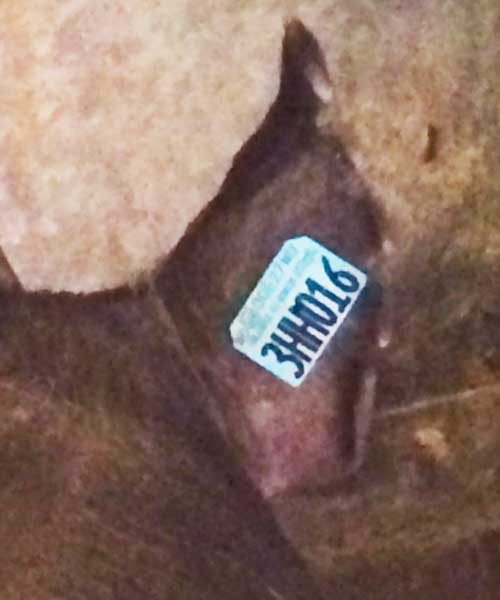 After a complete change of heart – or forced change – whatever you want to call it, at HH we are turning this mandate into a positive. For years I’ve wanted a better way to keep track of sows – for the crew here at the farm and for my peace of mind if something catastrophic were to happen. Around here, we aren’t just tagging the stock we haul to town…we are tagging them all. We chose to use colored tags to distinguish breeds and a number code on the tag to signify the sow number and year born. These tags numbers will be used on the farm in coordination with standard ear notches for record keeping and traceability.

Our system won’t be perfect and it may take us all year to figure it out but we are embracing this change and we’re committed to making it work. Ultimately the decision to tag at home is your call but when you load up and head to town, make sure you’re ready. In 2015, tags aren’t just trendy…they’re required!